A full week of non-stop music, panel discussions and mentorship all here in the T-Dot! This has to be one of the largest Music Week’s held in Canada this year! The official program guide was jam-packed with dozens of events hourly (Held at Toronto’s Sheraton Centre Toronto Hotel and all over the city.)

Jointly presented by San Rafael and Amsterdam Brewery-I don’t even know WHERE to begin-this Canadian Music Week was PACKED with current information; From the Mentors’ Cafe to the panels, to industry organization exhibitors (SOCAN, MROC,FACTOR)

It was refreshing to see all the various organizations that work behind the scenes to assist artists in bringing forth new-ish ways of tackling the good ole industry…..

Their app was quite good! I loved the high touch accessibility of the app and it was much easier to navigate than look through the program and section it off with post-its like I did in the past…..or maybe I like apps. My favourite was the scheduling tool! You know where to be and at what time……

With the app I found Blockchain Music:Set It and Forget It,You’re Getting Paid it’s been a hot topic for a minute and this was a conversation circulation at ADE2017! Panelists (Dino Celotti,Jason Robert,Jesse Grushack,Ritesh Patel and Steven Masur) all part of the Music Production and Indie Label industries,collectively explained Blockchain and how it benefits the artists and the cascading industry as a whole. It’s great to see that many panels across the board had a heavy focus on the future of the industry with all the new talent and new technology. It’s interesting to see how they’ll connect and grow to make things a little more efficient (especially for the artist.)

My takeaway from this presentation: Blockchain could work if implemented correctly by making sure who gets paid at what point in the process of the file sharing process-and that this is a huge task and a bit of a lengthy process.

Lemme re-iterate here: The idea of being able to move assets between artists or from business to business in a seamless process, can make distribution simpler. With Blockchain promotion is still primary and editing and recordings can’t be remixed or altered. Blockchain is great for tracking transactions and artists still maintains rights to their music.

I ventured over to the SOCAN,!eDDS and travel booths-What’s travel got to do with it? Hundreds of people came through all week (May 7-13, 2018) especially very specific cities all over the U.S. and Canada. What makes this so important is that the cities closest to us all play a role in boosting the travel,tourism and music industries!

Part of the infrastructure built around the music industry depends not only on the talent, businesses and establishments but it may partially coincide on the neighbouring cities closest to us.

Discover America located in Mississauga,Ontario in conjunction with city states nearby- ‘promotes U.S. Travel and Tourism to Canadians in Canada. They offer ‘a variety of initiatives that connect travel and tourism stakeholders on both sides of the border’
Hotels, travel agents and Motor Coach Airlines are members of this organization.

I spoke to Dream America Canadian representative and Montreal native Pedro Barbosa who delved a little more into the topic of music festival tourism and the mandate in place for the cities involved in boosting their travel and tourism initiatives for any of the music festival seasons. Barbosa mentioned that ‘most of these places present today have routes covered by Air Canada or Porter Airlines-so there’s the routes that bring Canadians and Americans from all over the country, it gets the word out across the country and it’s kind of like a trade and exchange…..some of the places exhibiting here at #CMW2018 are even closer to Montreal than Toronto is’.

We talked about the benefits of visiting cities that have broad musical varieties. He’s big into Jazz and Metal but some city scenes he feels ‘are much smaller and there appears to be less of a fan base even when the scene is popular in that city.’

Barbosa did mention though that ‘when it comes to niche [music] markets, it’s the markets themselves that don’t always reach tourist outlets. Tourism boards tend to focus on specific genres and in order for Tourism Boards to present music venues,events and seasonal programs in their plans and more liaisons can be formed in the future to promote all music across the board.

All representatives for each city/state were highly informative and provided tons of info on the vibrant nightlife for each of these cities. Surprisingly,Portland has a very vibrant Underground House scene and Choose Chicago (sister city to Toronto,) representative spoke in detail about Chicago’s House and Underground scenes…..it’s looks like a coincidence that just a few days ago it was announced that there would be a lunch hour dance party at Daley Plaza! (Yaassss Chicago!)

Portland – The cities represented at this year’s CMW all had one thing in common: thousands of Canadians commute from all over Canada to all these places-each booth was set to highlight their musical influences,entertainment and nightlife. I spoke to Director of Content Strategy Karen Martwick about Portland’s offerings and was presented with information about Craft Beer, Independent Design both Interior and Graphic by Independent Artists. The other booths held tons of information for Canadians on: Myrtle Beach, NC (undergoing major reconstruction), Georgia (Explore Georgia-Macon/Decatur and other historic sites.) And finally Austin,Texas. I look forward to delving into their Underground scenes in the future!

!Earshot for Indie Artists !Earshot Digital Distribution (!eDDS) really stood out among all the booths because of its slant on music distribution.Partially funded by the NCRA (National Campus & Community Radio Association)  It’s an online platform that is designed to get music from the Canadian music industry to the Canadian College campus and community radio sector.) With so many platforms internationally available in 2018 it’s easy to overlook a distribution system like this. Canadian College and University radio is still a powerful method to chart Canadian music and with Canadian Pride at it’s all time high over the last few years, I think this is an essential resource alongside all other local and global platforms. Over 90 stations are on this roster in May 2018. 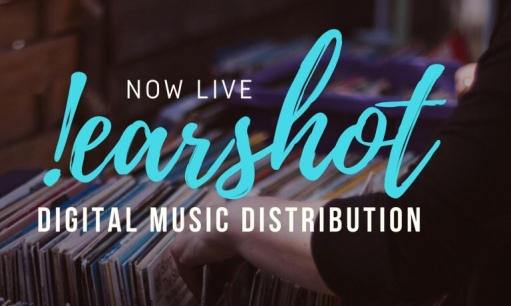 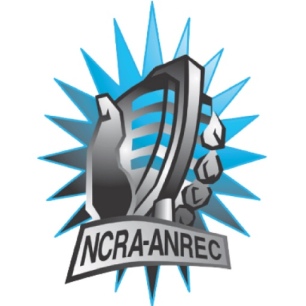 Independent artists will be able to fully access this database this September. The cost is $7 per song and $50 per album! College Campus radio is still one of the most powerful outlets for pushing new and local music.  The list will grow by September especially after Canadian Music Week-check out the details here: I highly recommend any new or existing artists getting their feet wet and/or would like to do a little more national radio promo…..Tap into this resource as a starter or accompanying promotional tool.This is exciting!

What I missed: the Drake Underground with Amber Mark (her vocals possess Rihanna’s abruptness and Sade’s familiar sounding velvety Contralto. Live Nation artist tickets were sold out right away-no luck in May, I’m sure she’ll be visiting Toronto again!

What I enjoyed: Ottawa MC @draemusic. He closed out for two of T.O.s hottest crooners: Tika and Sophia Danai! That night was electrifying (TIKA, HMLT,Sophia Danai and BAYLA.)  Drae laid some strong lyrics with a very. live. band. I’m lovin’ the live band and MC sound all over again!

Can’t wait to hear what next year’ll bring!

It's all about the music and other stuff too.....stay inspired! View all posts by theshineprjct